Product Overview:
Win as One in EA SPORTS™ FIFA 21, powered by Frostbite™. Whether it’s on the streets or in the stadium, FIFA 21 has more ways to play than ever before – including the UEFA Champions League and CONMEBOL Libertadores.

The physical copy of FIFA 21 on Xbox One also includes your entitlement to play the Xbox Series X version of the game at no extra cost by downloading it to your Xbox Series X console up until the launch of FIFA 22 (if you purchase a next generation console with a disc drive). 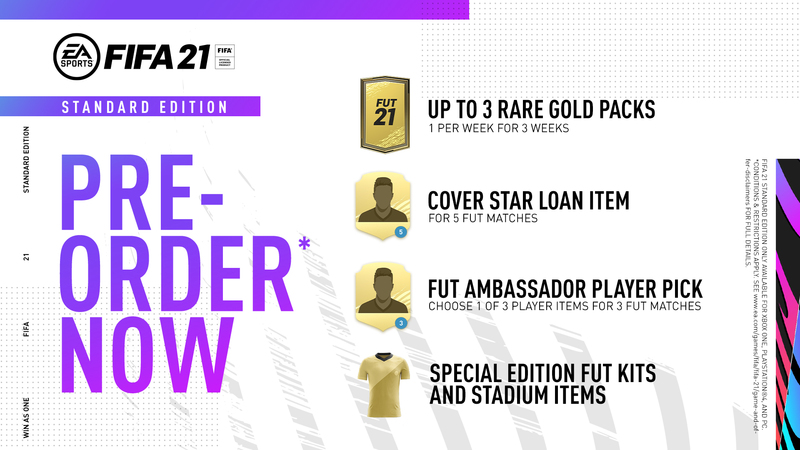